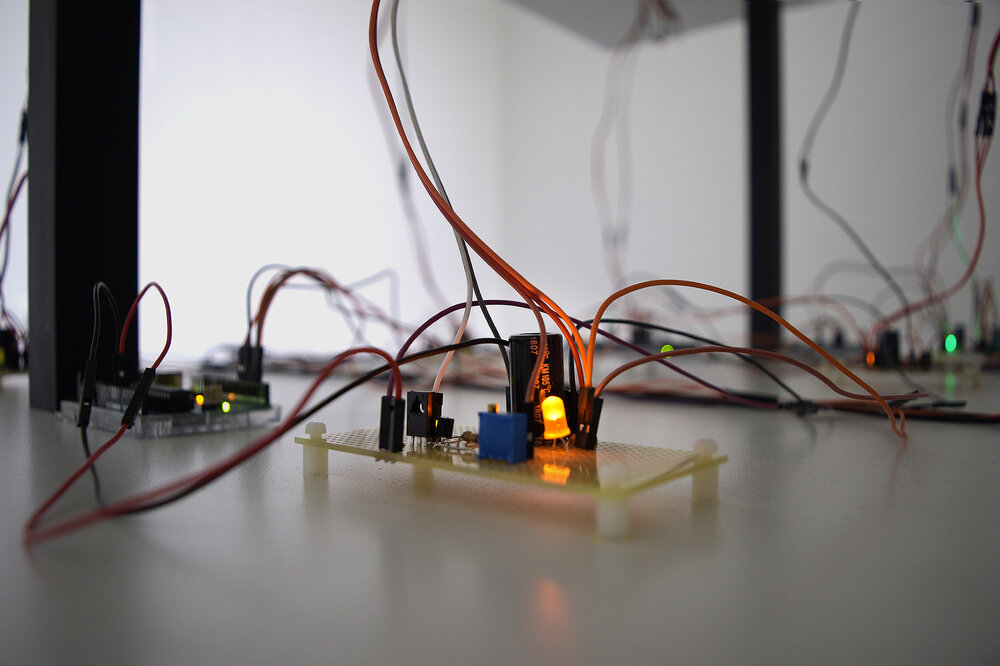 For this project I have the pleasure to develop an electronic circuit for the piece. The goal was to create an adaptation of a self moving infinitum pendulum, which is achieved by creating a controlled electromagnetic field and using a magnet as the weight of the pendulum. From this point Alba Fernanda Triana started to play around with the system ultil she obtained the quality of movement and cadence that she want for her peace.

The following description has been taken from the oficial website:

“An ensemble of suspended spheres dance in space. In their choreography, each sphere develops the notion of gesture: a set of displacements, speeds, and figures capable of transmitting an expressive content that demands from the spectator a disposition to feel and contemplate.

Each sphere orbits around a coil, in an electromagnetic field that drives or repels it, like a floating choreography that shows the alterations of the field and reveals an intangible material with which the sphere dialogues. At an individual and group level, gestures are unstable. Sometimes the movement is slow, meditative, and it suddenly turns agitated and obstinate. Sometimes the spheres are tuned in the same type of behavior, and they abruptly become independent in character.

Delirious Fields is a contemplation of the relationship between perceptible and non-perceptible realities, and of what the phenomenon has to tell us about ourselves.”