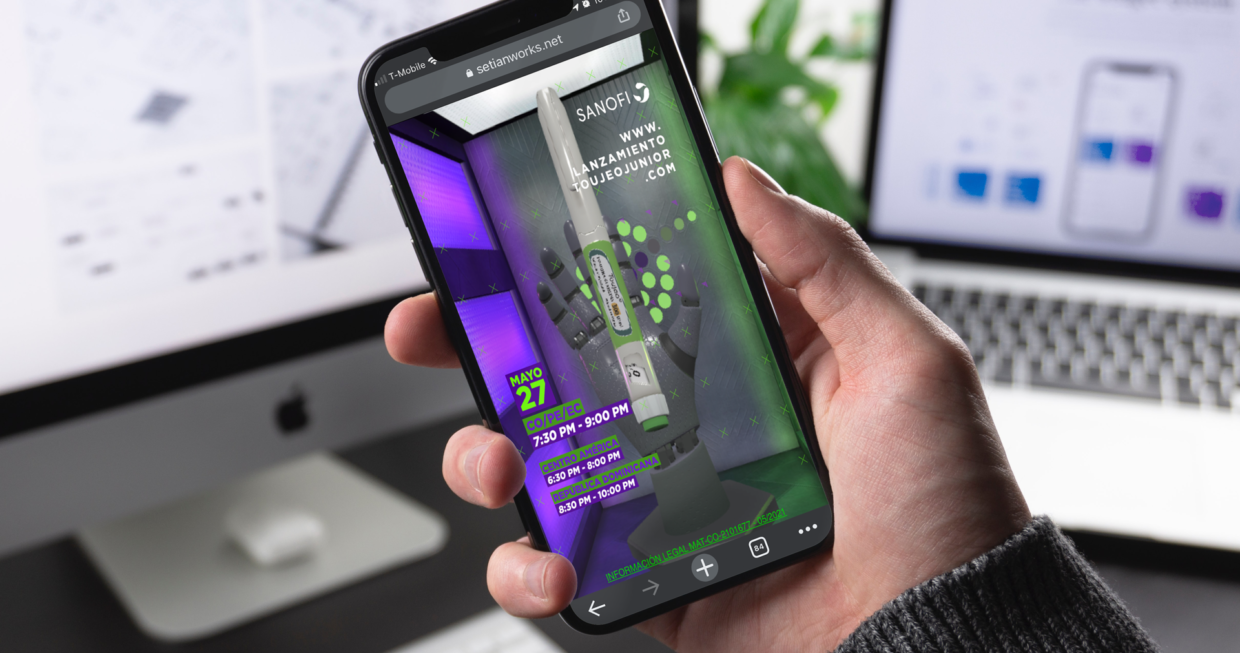 Try this Online Demo on your phone

In 2021 I developed a series of 3D Web Applications, for Augmented Reality and Holographic display for products and virtual invitations for events in the pharmaceutical industry, contracted to me by the digital media agency Traffic. For the Holographic illusion, a 3D environment was created to be transformed by the gyroscope and the accelerometer sensors of the mobile devices. This transformation produces a visual illusion to the eyes of the users, that makes them perceive the model as if it was inserted in the phone as a physical object.