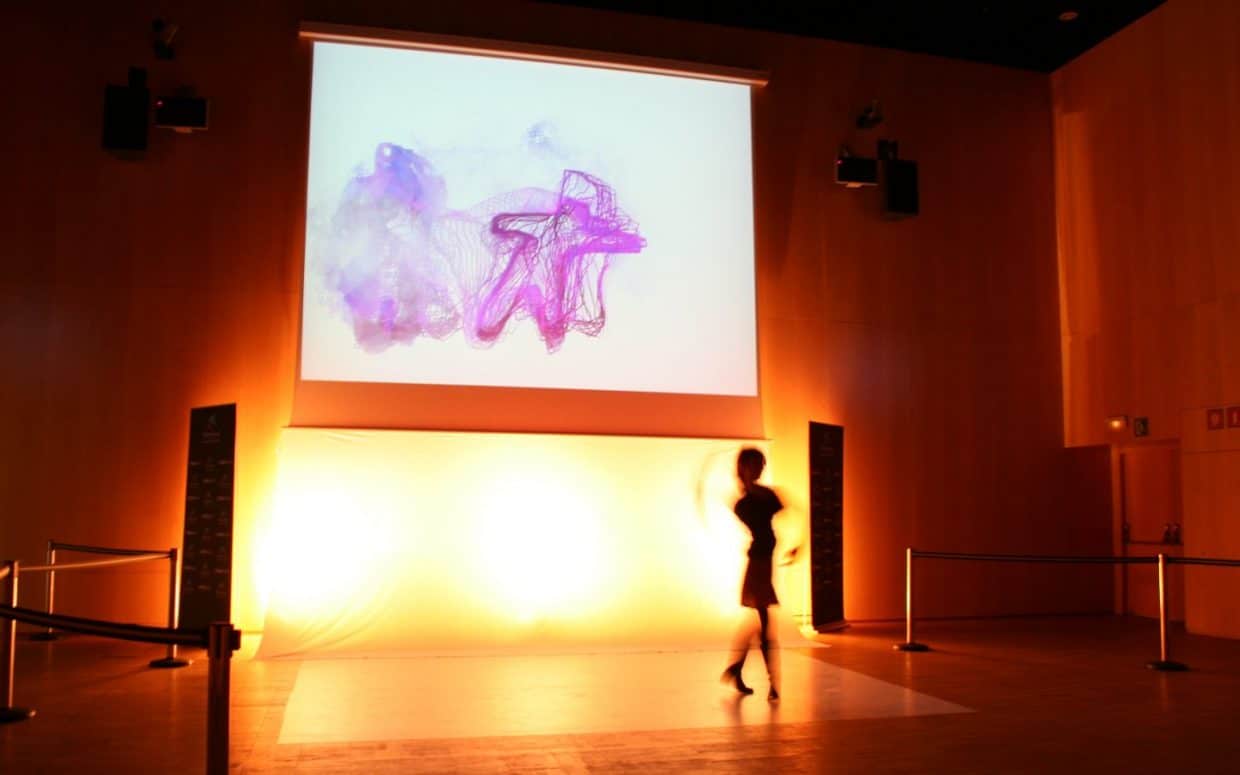 This project uses human body movement’s energy and transduce it into sound and images in a real time interaction. Was made using Openframeworks for computer vision and image analysis, Processing 1.0 for algorithmic visuals and Pure Data for sound synthesis.

There are two versions of the system: 1. used by a trained performer as a AV Performance Tool or as a Body Motion Musical Instrument, to be played live, and 2. opened to the public as an Immersive AV Environment that motivates anyone to be a digital creator.

The project was developed by Sebastian Gonzalez Dixon  and Javier Chavarri at Barcelona, Spain during 2009.

As a Performance Tool, a dancer/musician makes a sound composition with his movements. With postures and gestures he or she can control the system, creating a corporal language. After telling the machine what kind of sound is going to be used, the performer makes a gesture to start recording the movement. When the movement is finished, the performer stops, and immediatly the machine start to reproduce the composition in a looped way. Repeating this action the performer makes an entire concert. The complete video can be found below.

The second is as an interactive installation where the visitors can make their own performances, creating what we call Openformance, as shown in the video above.

Ona System doesn’t uses Kinect camera, because it is a development made between 2005 to 2009 with pure Computer Vision techniques, before that Kinect appeared.

Links to the project